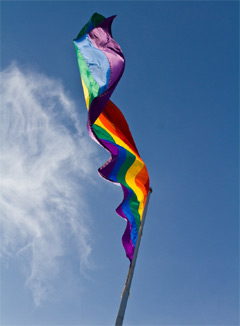 After the IRS ruling and the repeal of a key provision of the Defense of Marriage Act by the Supreme Court, it's a requirement that financial advisers start to reconsider the role of life insurance as it currently stands for trust and estate plans in same-sex relationships.

Recently, the Treasury Department and the IRS announced Revenue Ruling 2013-17 which broadens the terms ‘husband and wife' and ‘spouse' and incorporates same-sex couples for federal tax purposes.

However, the ruling does only apply to marriages between same-sex couples that took place in those states that recognize this type of union. Furthermore, it excludes civil unions and domestic partnerships.

Prior to these rulings coming into effect, for LGBT and gay couples, life insurance was a key provision for wealth enhancement and estate planning. This is because it remained as one of a small number of ways that property could be transferred to a partner without hefty estate taxes being incurred. In general, property that was passed between same-sex spouses previously did not qualify for any marital deduction, and thus, there was far more likelihood that there would be estate taxes to be paid.

As such, the role of life insurance was key in establishing trusts in order to offer more protection from this form of tax. Furthermore, these policies could be used to create an income stream that was excluded from Social Security. This was previously not available to same-sex spouses.

As a result of all this, insurance advisers are now assessing the type of insurance that same-sex clients have.

In addition to the unlimited marital deduction, married same-sex couples will be able to use the portability of the exemption of estate taxes to their advantage. Currently that stands at $5.25 million per individual.

In the event that one partner should die and yet still retain a leftover exclusion amount, it's perfectly acceptable for the remaining spouse to carry that over. This allows married couples to safeguard as much as $10.5 million in assets from estate taxes.

Nevertheless, it's not necessarily wise to forgo insurance coverage, since the rulings are very recent and same-sex couples may well have to continue to pay high estate taxes should they be resident within a state that does not recognize same-sex marriages.

With regards to income planning, there is arguably less of a requirement for life insurance for same-sex couples because they are fully entitled to spousal benefits from Social Security, providing of course that the state in which they are resident does recognize their marriage. This in turn allows for a lower income replacement obligation.

Irrespective of how an individual might wish to proceed with their particular insurance policies, it's still a valid time to study the policy's provisions and establish it as a fact that the paperwork is already in place in order to name a beneficiary.